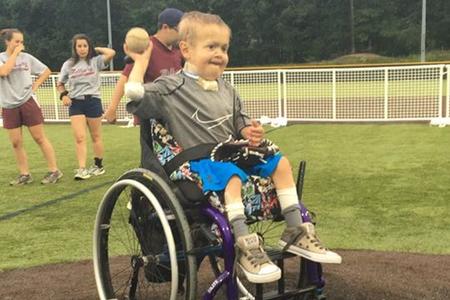 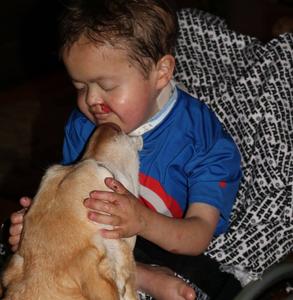 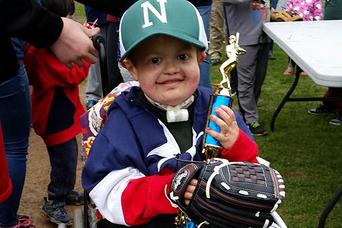 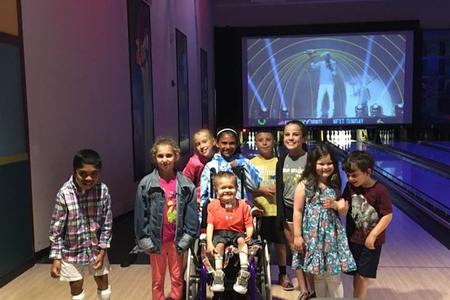 Have a child with EB that just can't stop itching?  Know a child with EB that is so uncomfortable that they can't concentrate because the only thing to occupy their mind is itching? Wonder why EB causes the common condition known as pruritus? Hopefully this segment will help to explain itch as it is related to EB.

Itching (medically defined as pruritus) is a common manifestation of EB.  It is a significant obstacle for EB patients, families, and caregivers.  It interferes with the capability to concentrate, perform school work, play, and frequently interrupts sleep.

Epidermolysis bullosa is a disorder that causes skin fragility.  This condition leads to chronic wounds and swelling (inflammation) that result in itching and pain sensations.  Studies on wound healing suggest that this state of inflammation can initiate changes in sensation in the nervous system that lead to increased sensitivity to pain and itch.

Itching (and pain) in persons with EB are real and somatic in nature. They cause the afflicted person to pick at their skin, scratch, and create even more significant wounds.

The significance of itching in EB is medically recognized. Stanford is currently conducting a trial to investigate causes and appropriate treatment for itch in this population.

There are multiple causes of Itch in EB. Here are some of the main culprits:

When asked about itch, the majority of children with EB mentioned that they really suffered from itchy skin. One severely affected child stated: “I think that the itch is so awful that you can’t even begin to understand… I wish I could just stop it, but I can’t.” And, “It’s (itch) almost always there, wherever I am.” Another child stated:  “I try as hard as I can not to scratch because I really know that scratching isn’t good…But sometimes it just happens, that’s what’s so awful.”

Consequences of sustained itch include:

Further skin damage
Bleeding
Lack of concentration
Interrupted sleep/exhaustion
Frustration on the part of the patient, and dislike of being ‘policed’ for itching
Restlessness
Disruption of planned activities
Interruption of learning and school/not being able to follow a lesson plan due to continued itch distraction
Constant struggle of trying NOT to scratch
Caregiver burnout

Itching induces a need to scratch, which irritates the skin even more

Creation of social consequences including interactions with teachers, schoolmates, friends, and family.

There are many recommendations for itch and EB, however, the unfortunate reality is that despite these interventions, most EB patients still suffer discomfort from itch.

Distraction techniques including participation in an activity that helps the child digress from itching.

Replacing itching with an alternate source of relief.  Patting or tapping an area is less violent than actual itching.

Ryan suffers terribly from itching. He was taught from an early age to ‘pat’ himself rather than itch. This has provided some source of relief for him. Unfortunately, Ryan’s skin and comfort level are greatly affected by heat and humidity, and he is most comfortable in temperatures at or near 70 degrees. Medications for itching are an option for most people with EB, but most have the tendency to cause significant drying of the eye, and Ryan has had multiple corneal abrasions secondary to this. So, he takes a small daily dose of a non-sedating antihistamine, but cannot tolerate any of the sedating (and more drying) ones.

Because Ryan itches, pats, and picks, he has been viewed as having a lack of concentration, and been deemed a non-listener, unable to follow directions. It is my hope that with awareness of this small aspect of EB, that Ryan, as well as other children with EB, do NOT have to suffer the social consequences of itch, as this should be viewed as ‘normal’ within the confines of EB. It is important to recognize that itching and picking are symptoms of this disease, and that they provide significant obstacles and distractions to those that are affected by EB. 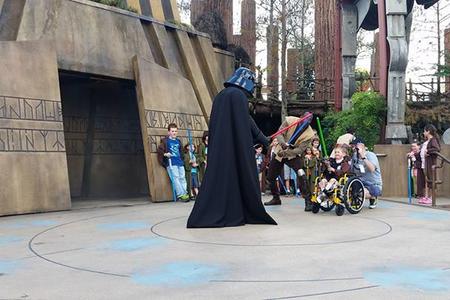 Junctional EB is a genetic disorder that is characterized by a lack of a protein vital to maintaining the integrity of the skin. It is extremely rare, and affects a tiny fraction of patients who have EB in general.  To date, there is no cure, and the therapies are supportive.  Recently, there has been some speculation that stem cell transplantation may be of some benefit for people affected by EB, and clinical trials are underway.

People with this disorder can have skin breakdown with slight trauma, friction, and pressure.  This typically results in non-painful blisters, although the remaining wounds can be quite painful.

Unfortunately, blisters can also appear internally in the mouth, esophagus, larynx, lungs, stomach, and urinary tract.  Often times, these necessitate placement of a G-tube for nutrition and/or a tracheostomy for breathing.

There are people who have JEB that have lived (or are living) into adulthood. Our hope is that Ryan will have this chance. Although complications often shorten the lifespan of people with all forms of EB.