Ryan carries one premature termination codon gene mutation (R635x) on the LAMB3 gene (this is a mutation in laminin 332). This mutation is commonly found in babies with JEB-herlitz.

The second mutation is IVS8-1G to A (it's a single base change/splicing mutation on LAMB3). This mutation has never been identified.

There are case reports in the literature of patients who have similar mutations to Ryan who are classified as non'Herlitz'. These patients are doing well clinically. It is important to note that even though the mutations are similar, it does NOT mean that the clinical picture or course will be the same. Every person with EB presents differently. 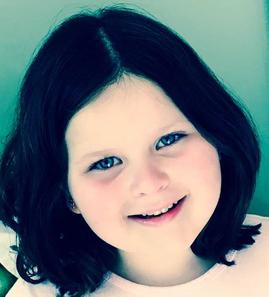 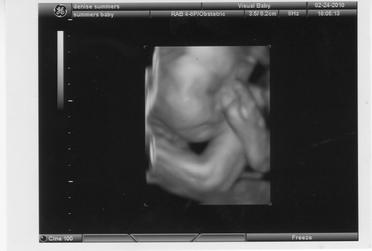 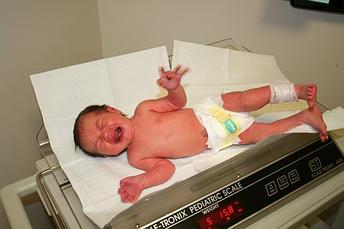 The Genes: What to Expect

Junctional epidermolysis bullosa is an autosomal recessive genetic disorder. This means that two genes are required for this disease to present itself. These genes are 'silent' in the carriers, and typically people do not know they are carriers until they have offspring that presents with EB. Because both Steve and I carry the gene, we have a 25% chance of having another child with EB, a 50% chance that a child will be a carrier, and a 25% chance that we will have an unaffected child.

Researchers have determined that deficiencies in certain genes are the cause of JEB. Mutations (or changes) in the genes lead to a reduction (or absence) in the amount of protein that is made in the body. JEB is caused by changes in the coding for beta 4 integrin, alpha 6, collagen XVII, and a protein called laminin 332 (previously known as laminin 5). Without these proteins, the skin cannot manufacture anchoring fibrils (the velcro that holds the skin together).  This causes the skin to blister with friction and pressure. Once a blister forms, it is popped using a lancet-type device, and usually a wound is created in its' place.  Ryan's wounds often necessitate special care, including wrapping, dressings, creams, antibiotics, and often some creativity as to how to do things. Just as newborns don't come with instruction manuals, neither do children with EB.

Junctional EB is typically divided into two categories (although there are many differences between each affected individual)--Herlitz and non-Herlitz. There is also a category for JEB with Pyloric Atresia.  Generally speaking, Herlitz is the most severe diagnosis, and non-Herlitz is less severe, still with challenges. The prognosis for Herlitz babies typically does not extend beyond the first year, as the blisters often show up internally. The difference in the diagnosis is defined by what they find on the genetic test, and the location of the mutation (or change) in the gene. The hope is that the mutation still allows for some translation of the missing protein, which is indicative of less severe disease.

One may wonder how to prevent this from happening again.  We are fortunate that, in this age of technology, we are offered a chance to bring healthy offspring into the world.

The process is quite an extensive one, and involves PGD (Pre-Implantation Genetic Diagnosis) and IVF (In-Vitro Fertilization). Using information from our genetic tests, a testing facility can:

How the process works:

We first found a physician in the area who had experience in both PGD and IVF. This was not a simple task as PGD is an detailed process!

After undergoing 4 cycles unsuccessfully, we sought the expertise of a new reproductive endocrinologist versed in IVF/PGD, and after our 5th cycle, we are successfully pregnant with a baby girl!

There is still a 1-2% chance that this baby has EB due to standard lab error, but our prayers were answered for a healthy baby!

I progressed through the normal process of IVF, which usually takes about 4 weeks. Eggs were removed, embryos made, and then grown for 3 days. One cell was removed from each of the healthy embryos, and sent to a specialty lab in Michigan.

The lab used the DNA probes that had already been developed to determine which of the embryos was affected. The lab then reported back to our fertility clinic, and they implanted the healthy embryos.

We welcomed our bundle of joy in 2010. Ryan is a loving, doting, big brother (kind of, minus the fighting and not sharing)!